skip to main | skip to sidebar

On 29 April I adjusted two compasses for Bryan Connell who has his own charter vessel to run and looks after other boats besides his building business-busy man. Riko Riko has a Ritchie compass which required serious adjustment to get it pointing in the right direction. Good practice steering for Bryan as we spent a bit of time out near the harbour bridge running different courses, watching the bungy jumpers and observing the America's Cup cat flying around the harbour faster then most powered vessels could go. 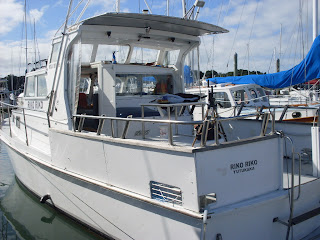 Next it was a drive over the bridge to West Haven to repeat  the process on North Star with another Ritchie compass that was better behaved. 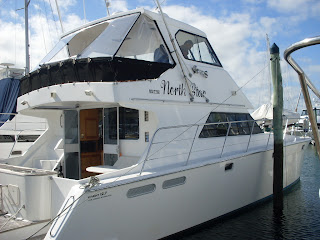 Back to Bayswater to attend the Atea which is a yacht heading for the Pacific Isles to escape our winter weather.  Owned by a British and Yankee couple Atea had guests on board for the compass adventure. Once the Suunto compass was swung it was on the road to face the Friday afternoon traffic on the way home. 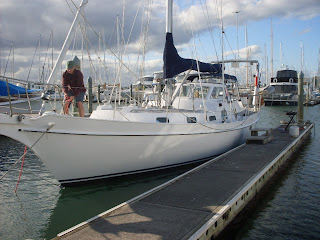 Posted by Compass Adjuster NZ at 3:29 AM